Members of the TMACOG staff welcome Tim W. Brown (standing, third from left) after he is formally installed as the new president at the TMACOG Executive Committee meeting Wednesday, July 20, 2016. Brown is only the fifth full time chief executive since TMACOG was formed in 1968. 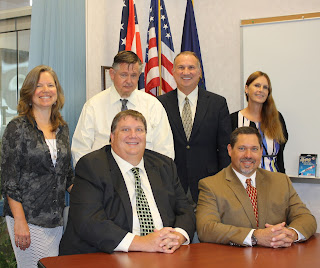 
Toledo Metropolitan Area Council of Governments | www.tmacog.org
at 8:19 AM No comments: